On Jul 28, 2019
0
Share
Newspapers are full of sad and discouraging news that make us think that our world is in decline. In spite of that, we have good news: there are still good souls that walk through this world.
The following images tell stories so moving that they will surely bring you a smile or maybe some tears, and the best thing is that they may help you regain faith in humanity.
1. She recognized her childhood friend from street and took him out of drugs and homelessness 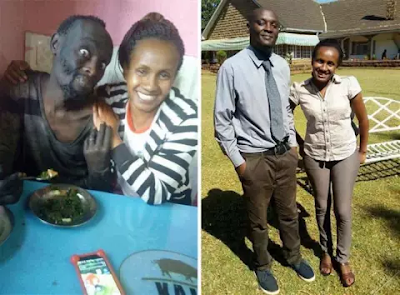 2. This man drives a long distance to bring water for animals every day during drought in Kenya

3. Najih Al-Baldawi hugged a suicide bomber in Iraq and saved dozens of people

4. The manager put this seat for the old woman to sit and read

5. He rescued a girl from a fire and 17 years later invited him to his graduation

6. A man feeds the birds every day so that his wife can see this

7. Syrian refugee wanted to thank That nation which wholeheartedly welcomed him and gave refuge by offering food to homeless people in Germany

8. She just learned that she was adopted

9. Belgrade goalkeeper comforts his teammate after hearing the racist chants against him

10. This little boy is deaf and the musician allowed him to feel the vibration of his instrument

11. He collapsed 50 meters from reaching the goal and second place helped him to finish the race

12. Little cries with the marriage vows of his new stepmother

13. It helps you tie your tie even when they are unknown

15. This horse knows the happiness involved in sharing his food with the pigeons