20 Pictures That Reveal The Process Of Makeup For Hollywood Effects

Last updated Nov 14, 2020
0
Share
What makes us intrigued in 1 movie? Performances of leading stars, unbeatable screenplay
Or is a special technique that allows us to believe what is happening on the movie screen without displeasure.
Which one of the special effects that we saw in the movie is “Makeup Effects” that change the famous celebrity look that you are familiar with. To change almost unrecognizable Today, Petch May would like to take everyone to see the changes of each Hollywood star.
That has to makeup effects to get different roles. Let’s see how much each person will change.
1. Angelina Jolie from Meleficent 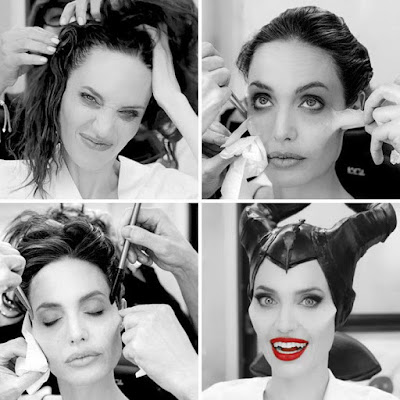 3. Jim Carrey from How the Grinch Stole Christmas

5. Ian Holm from Lord of the Rings

7. Brenden Gleeson, Harry Potter and the Order of the Phoenix

11. Brad Pitt from The Curious Case of Benjamin Button

16. Mila Kunis from Oz the Great and Powerful

20. Jennifer Lawrence from X-Men: Days of Future Past