On Aug 31, 2019
0
Share
Premium smartphone maker Apple is going to organize an event on September 10.  This special event will be held at the Steve Jobs Theater in California.  It is expected that in this event, the new model of iPhone will be launch by the company.  Media invites of this event have also been sent by the company, the event will start on September 10, 2019 at 10 am in the theater. 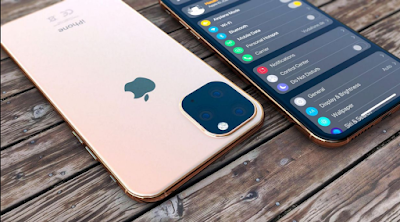 You will be able to watch Apple’s event live in India from 10.30 pm.  Earlier, the developers got the release date of iOS 13 Beta 7 at September 10.  It is expected that in this event, three new models of iPhone will be launched.  According to the leaked information in the media, on this special event from Apple, iPhone 11, iPhone 11 Pro and iPhone 11 Pro Max can be launched on September 10.
New Apple Watch can also be launched

Apple is expected to launch the latest version of the new Apple Watch and Apple TV in addition to three models of iPhone in this event.  According to media reports, in the three smartphones to be launched, two rear triple camera setup will be given.  In addition, a large 6.1-inch display can be given in the iPhone 11 series.  The iPhone XS currently has a 5.8-inch display.

9 Times When Photoshop Competitions Went Wild on the Internet