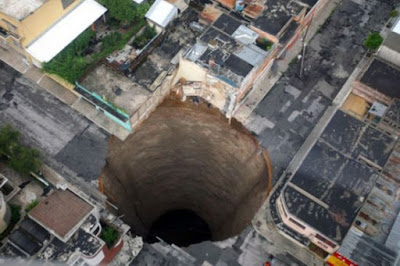 Hi there, welcome everyone. guys today we are going to take a look at the biggest holes around the world some of the holes are man made and some of them are naturally occurs.
Diavik Mine, Canada
This one is a diamond mine located at Canada of having of 700 workers working on this mine and every year it produces 1600 kg of diamonds. It is having an depth of 600 meters. 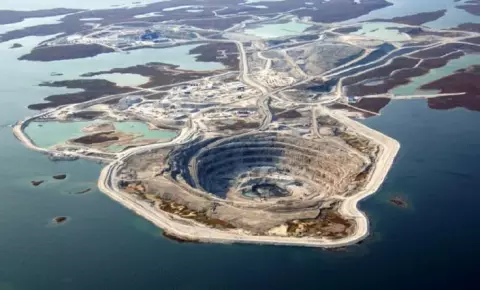 Sinkhole, Guatemala
This sinkhole was occurred during a tropical storm at Guatemala. It measures 30 meters in depth and 20 meters in diameter. the people living around the Sinkhole was get shocked and geologists couldn’t explain the phenomena which caused it. 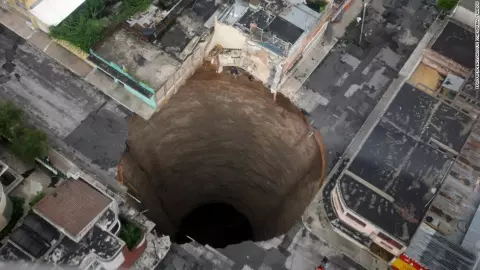 Monticello Dam, California
It was built between 1953 and 1957 and in this dam a sinkhole was created which has having a length of 93 meters high which was used to send the overflow water from this sinkhole. 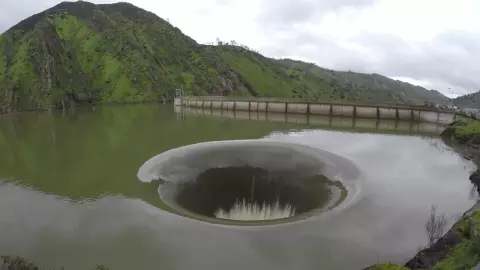 Kimberley Diamond Mine, South Africa
It is the world largest diamond mine and also it is visible from space. It has a surface area of 17 hectares and 463 meters in diameter. nearly 2700 kg of diamond was removed from this mine. 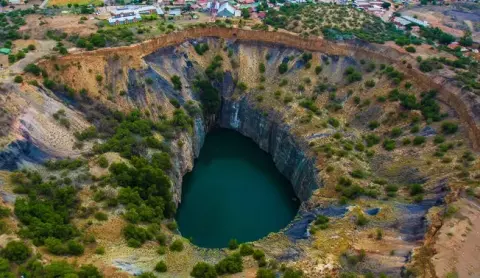 Mirny Diamond Mine, Siberria
It is another diamond mine which is having of 525 meter diameter and 1200 meters in diameter but now it abandoned and it takes 2 hours to reach the bottom of the hole using a truck. 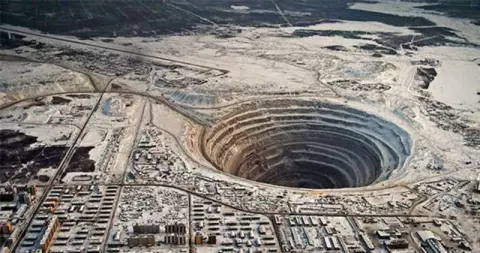